Our first stop is on the outskirts of Shrewsbury where we make a short visit to the site of the Battle of Shrewsbury. You will hear the story about how this bloody conflict between King Henry IV and the rebels, led by Harry Hotspur, in 1403 changed the English hereditary system for generations.

We now have a trip through farmland, largely unchanged for centuries, as we make our way to Shropshire’s ‘Lake District’. We will tell you about how this this scenic area was formed and what problems and benefits arose. We make a coffee stop at the largest of the meres in the area, which has an abundance of semi-domesticated birds. We now follow the Llangollen Canal to Whittington where we will stop to see the Castle. There is evidence of a fortified settlement here 3000 years ago but this Castle is ‘a new build’ as it dates from 12th and 13th centuries. 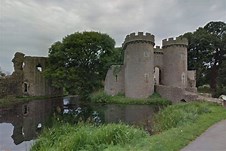 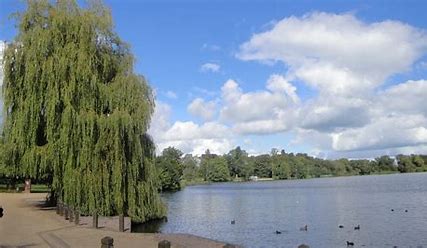 We will now cross the border into Wales and, as the terrain becomes more mountainous the road follows the lower slopes of the Berwyn Mountains until we reach Llangollen. 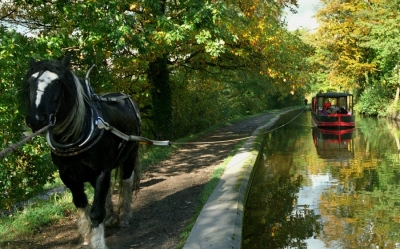 This thriving riverside market town is the terminus of both the Llangollen Canal and the preserved Llangollen steam railway, whose station hangs partially over the River Dee! It is also the home of the acclaimed annual Eisteddfod in July in which singers and dancers from over 50 countries take part. We have a long break here to enable you to see the large number of local shops, have lunch, take a riverside stroll past the rock slabs of the rapids, see a horse-drawn canal boat or a steam train as the engine takes water. Just a short distance away is Trevor Marina where, after lunch, we will stop to see Thomas Telford’s Pontcysyllte Aqueduct, the “River in the Sky”, close up, or walk across if you have a head for heights!. This 1000 feet long and 126 feet high structure forms the centrepiece of a World Heritage site which encompasses several places in the Dee Valley.

We will now make our way back to Shrewsbury by a different route which has the Welsh Mountains just to the west of us. We will see the places where copper was mined and smelted by Bronze Age man and see the Hoffman limestone kilns. We drive through a village where the English / Welsh border ran through a pub! We will have a good view of some ‘Marylins’ and the Admiral Rodney memorial on the Breidden Hills. 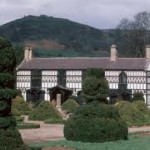 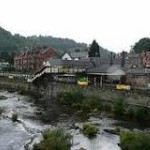 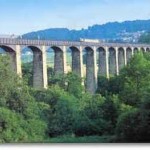 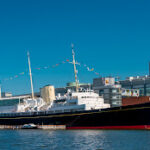 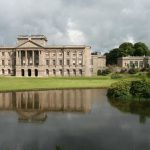 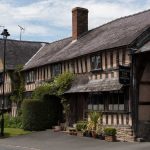 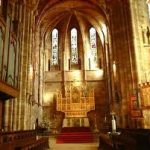 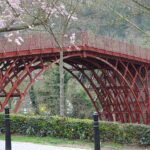