This tour looks at some of the revolutionary Engineering structures created to overcome challenges faced by mankind throughout the ages,

It will include examples from the Iron Age to Modern Day.

Plus some Steam Railway Travel!

Day 1.  Arrive at our Hotel near Shrewsbury.  Evening Meal included.

Day 2.  We drive through scenic South Shropshire to the Worcestershire border at Bewdley where we meet our  Severn Valley Railway heritage steam train 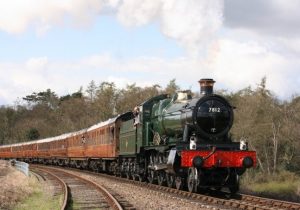 for the 60-minute journey 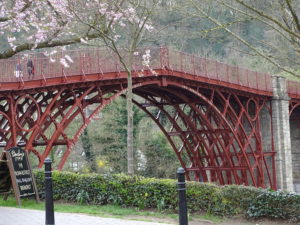 alongside the River Severn to Bridgnorth. From here we have a short journey to a riverside pub/restaurant where we will have the opportunity for lunch, before driving to Ironbridge and the World’s first iron bridge. We will park and have the opportunity to walk over this 230-year-old structure.

Our next stop is the renowned 52 acre Victorian Town at Blists Hill. 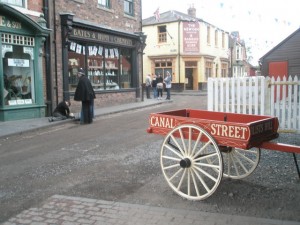 This is a recreation of a typical mining community of 1898 and consists staffed exhibits of different shops and trades.  You can change modern money for 1900 currency and purchase items with the old money, including ales & spirits in the local pub or Fish & Chip Shop! The majority of buildings are original and have been moved here and show how the latest technology of 120 years ago was used for candle-making, iron moulding, photography and several others including the Dentist!  We spend the afternoon here to explore the large site before returning to our hotel.

Our route takes us past the remains of the fourth largest Roman City of Britain at Wroxeter founded about 42AD. 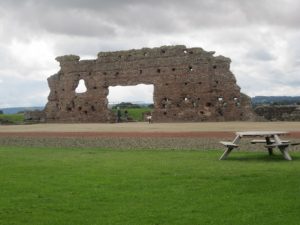 Dinner is included this evening.

We drive along Thomas Telford’s rebuilt A5 coach road and pass the large Iron Age hillfort of Old Oswestry, built for safety from attack, before crossing into Wales and making  a short stop to see the longest, highest aqueduct in Britain at Pontcysyllte. 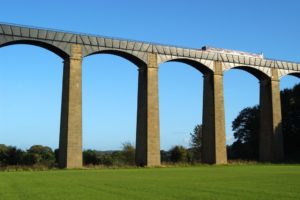 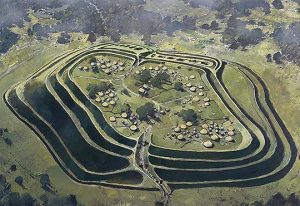 This busy canal provides access to the scenic riverside market town of Llangollen. 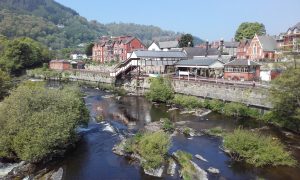 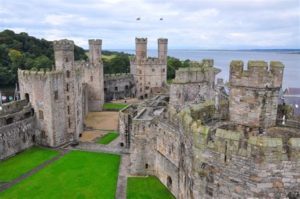 We continue through the increasingly mountainous countryside with a lunch stop in Llanberis at the foot of Snowdon, the highest mountain in England and Wales.

We will arrive in Caernarfon early afternoon with time to be able to view the magnificent Castle, built in 1283, by King Edward I as one of the ring of fortresses to control the Welsh.

Our hotel for two nights is a short walk from the Castle.

Today is a ‘train day’. We have a short walk to the Welsh Highland Railway Station to catch the narrow-gauge steam hauled trip  through Snowdonia, passing the opposite side of Snowdon to the previous day, to arrive at the harbour town of Porthmadog where we disembark for lunch. 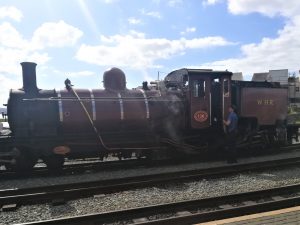 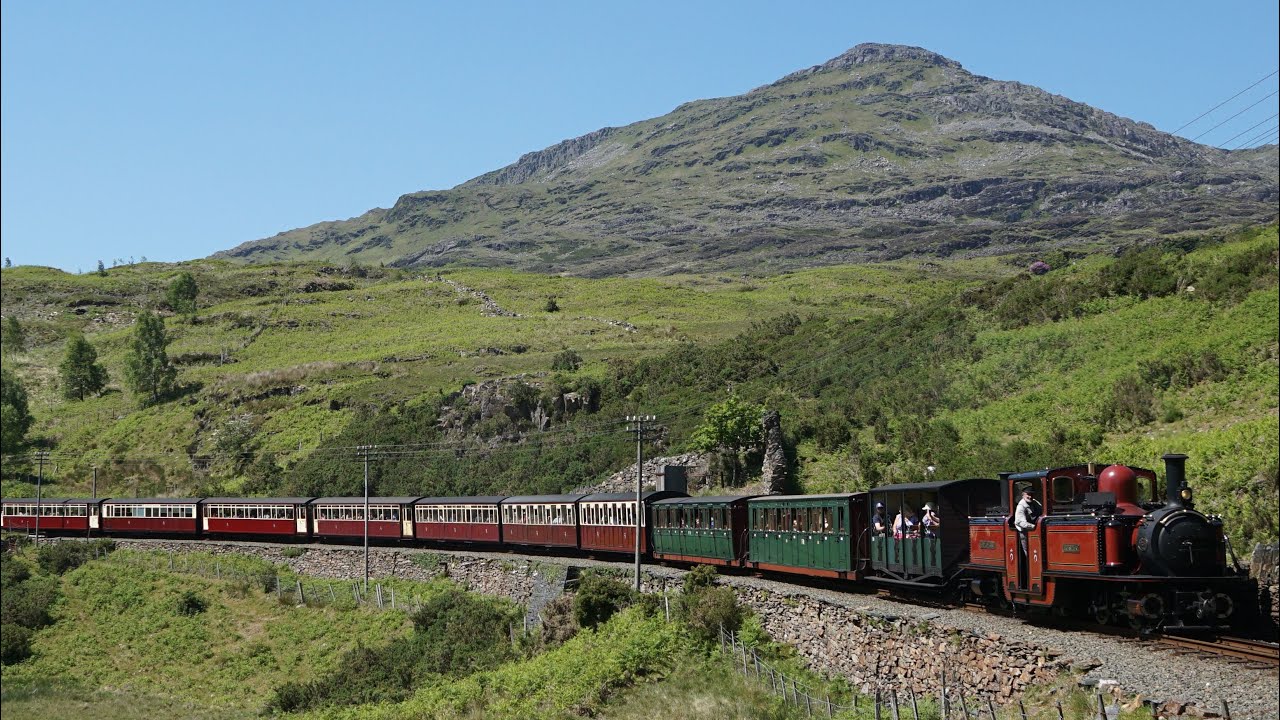 We will catch the afternoon service of the Festiniog Railway  which takes us through the mountains up to the largest slate mine in the World at Blaenau Festiniog where our coach will be waiting to return us to Caernarfon. 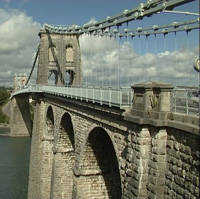 We leave Caernarfon and crossing drive alongside the Menai Strait until we come to Robert Stephenson’s Britannia Bridge, which we cross on to the island of Anglesey.

When originally built it gave rail access for the first time to the island and the main port for Ireland, Holyhead.

We continue onto Anglesey and have a short photography stop at the railway station of Llanfair­pwllgwyngyll­gogery­chwyrn­drobwll­llan­tysilio­gogo­goch, the village with the second longest name in the World.

We return over the Strait via Thomas Telford’s Menai Suspension Bridge. This was completed in 1826 and replaced the extremely dangerous ferries which had previously connected the island.

Leaving Anglesey behind, we follow the North Wales coastline with views of several more of Edward I ‘Ring of Castles’ and the beautiful ‘Marble’ church with its memorial to the ill-fated Canadian troops of WW1, before dropping down to the coastal plain and the estuary of the River Dee.  Our route takes us up the Wirral peninsula to our lunch stop on the waterfront at Parkgate.

After lunch we drive through either the Kingsway or Queensway tunnel under the River Mersey and arrive at our hotel, which is adjacent to the Maritime Museum and the Beatles Story.

The afternoon is free time to visit the waterfront museums.

The Maritime Museum is free and contains a new exhibition about the ill-fated Titanic whose owners, the White Star Line, had their headquarters in Liverpool, a section about the Battle of the Atlantic, Slavery, and life in old Liverpool. 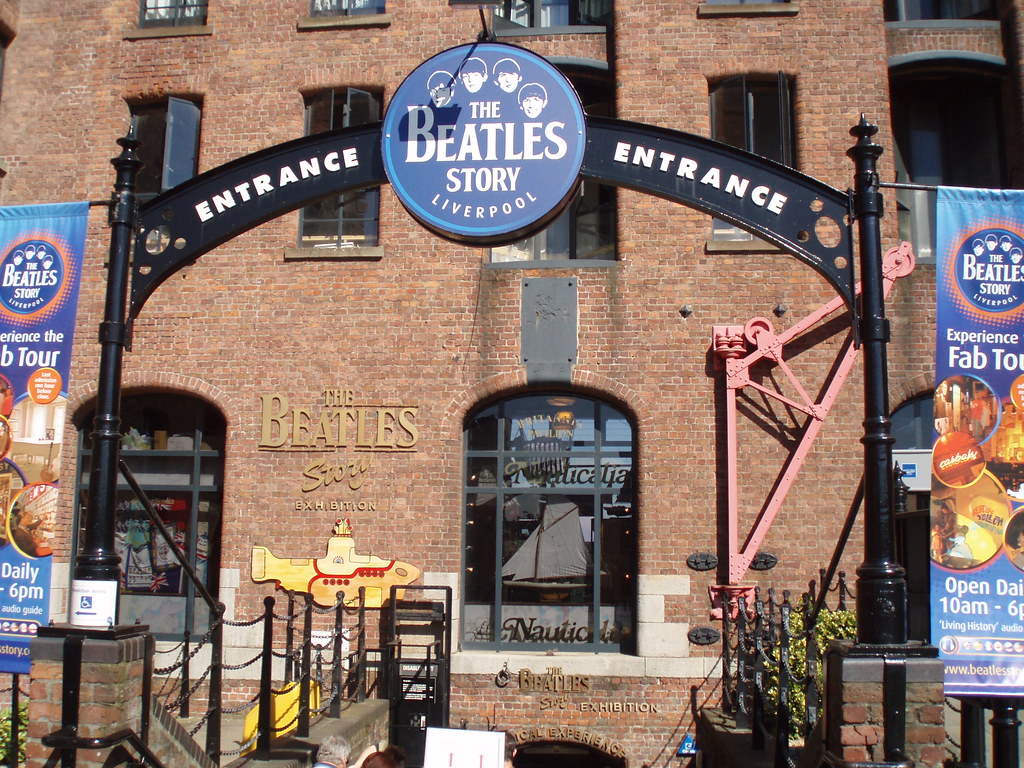 The Beatles Story is a comprehensive journey of the Beatles lives and career by audio tour. Today there is a free morning to complete your Museum visits.  At 1pm we will take a 50-minute ferry cruise along the waterfronts,  followed by a bus tour of the city which includes both Cathedrals, the Liver Building, the Cavern and Abbey Road studios.

We complete our day with a drive into Manchester for an overnight stay.

This morning we have a short drive to the Museum of Science and Industry. Its site was the original terminus of the world’s first inter-city railway  and the characteristic 1830 Warehouse epitomises Manchester’s 19th-century reputation as the “warehouse of the western world”. Here we can see examples of the technological ‘explosion’ which led to Manchester being called ‘Cottonopolis’.

Museum of Science and Industry

We now drive to see the Anderton Boat Lift 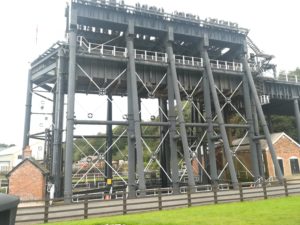 which was built in 1875 to enable boats, and their cargos, to change from the River Weaver to the Trent & Mersey Canal, which is approx. 50’ higher, and vice-versa.  Hopefully, their schedule will allow us to make a trip either up or down in a canal boat.

We now make our way back to our Shropshire hotel for Dinner.